Connecting brands
to beyond
WorkAboutInsightCareerContact
EN

The global meal delivery market has exponentially increased in size, revenue, and value over the past several years, with densely populated urban centers such as Hong Kong driving much of that growth. Meal delivery companies ranging from lean startups to established players are hungry for market share, and are willing to devote significant resources to obtain it, but with Hong Kong internet marketing being notoriously competitive, companies operating in the meal delivery industry face stiff competition – enter NOSH.

NOSH, a health-focused meal plan delivery service, creates, packages, and delivers custom-tailored nutritious meals to customers throughout Hong Kong, with the bulk of their customers attained via online advertising.

The company was seeking to generate new growth and capitalize on different types of advertising strategies from what it was currently utilizing – Nosh came to Branding Records with a simple request:revamp its paid advertising strategy to increase brand awareness and drive more sales.

But in a market like Hong Kong, strategy in advertising is often the defining line between digital success or failure, and it takes a special approach to truly prosper. NOSH recognized the need for a refined advertising strategy, and commenced its partnership with BrandingRecords.

●     Misalignments between the user journey and ad experiences

●     Inconsistencies with conversion tracking on Google Ads and Facebook

Branding Records went to work in rectifying the above issues – optimizing user journey phases with specific advertisements, setting up proper ad tracking on Google and Facebook, as well as enhancingNOSH’s campaign targeting and general campaign setup. In addition, the team atBranding Records also analyzed the client’s website and found several improvement areas that could serve to optimize conversion rates via refined user experiences – website user experience is an often overlooked aspect of ad conversions, but is just as equally vital as creative, targeting, or proper campaign setup.

These implementations, coupled with upgraded ad visuals, images, videos, and creative for Facebook and Instagram, generated an immediate impact on NOSH’s ad campaigns – just 6 months after our partnership with NOSH was initiated, the company experienced the following improvements:

12 months after NOSH approached BrandingRecords, and the company experienced even greater results:

Growing a brand through online advertising, especially in a market such as Hong Kong, isn’t an easy feat – but when strategy in advertising is properly aligned with ad optimization, and strong creative, the business results have the potential to be staggering.

The importance of aligning user journeys to specific ad creatives, campaign set up, and proper tracking systems has not been lost on NOSH – the company is enjoying triple digit monthly revenue increases and significantly optimized ROAS.

NOSH is not alone in its quest to generate new growth and bolster digital advertising strategies. Businesses of all sizesare being forced to look at newer, faster, and more effective ways to market their offers and products – through making key strategic optimizations, Branding Records was able to significantly impact NOSH’s online conversions, revenue, and brand awareness. NOSH has now honed its competitive edge in an increasingly cutthroat market landscape in one of the most populous cities inAsia, signifying the gravity of optimized advertising strategies. 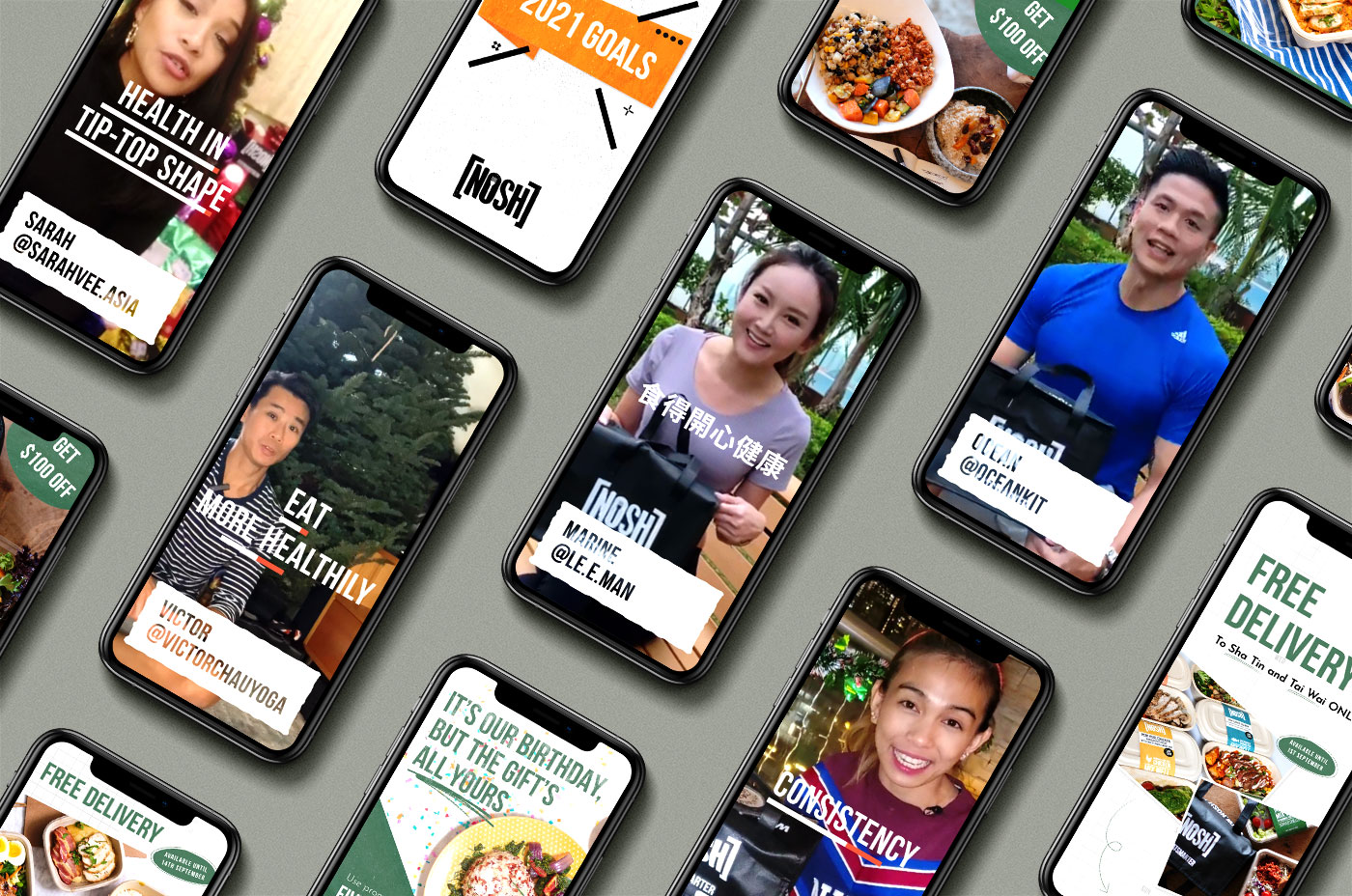 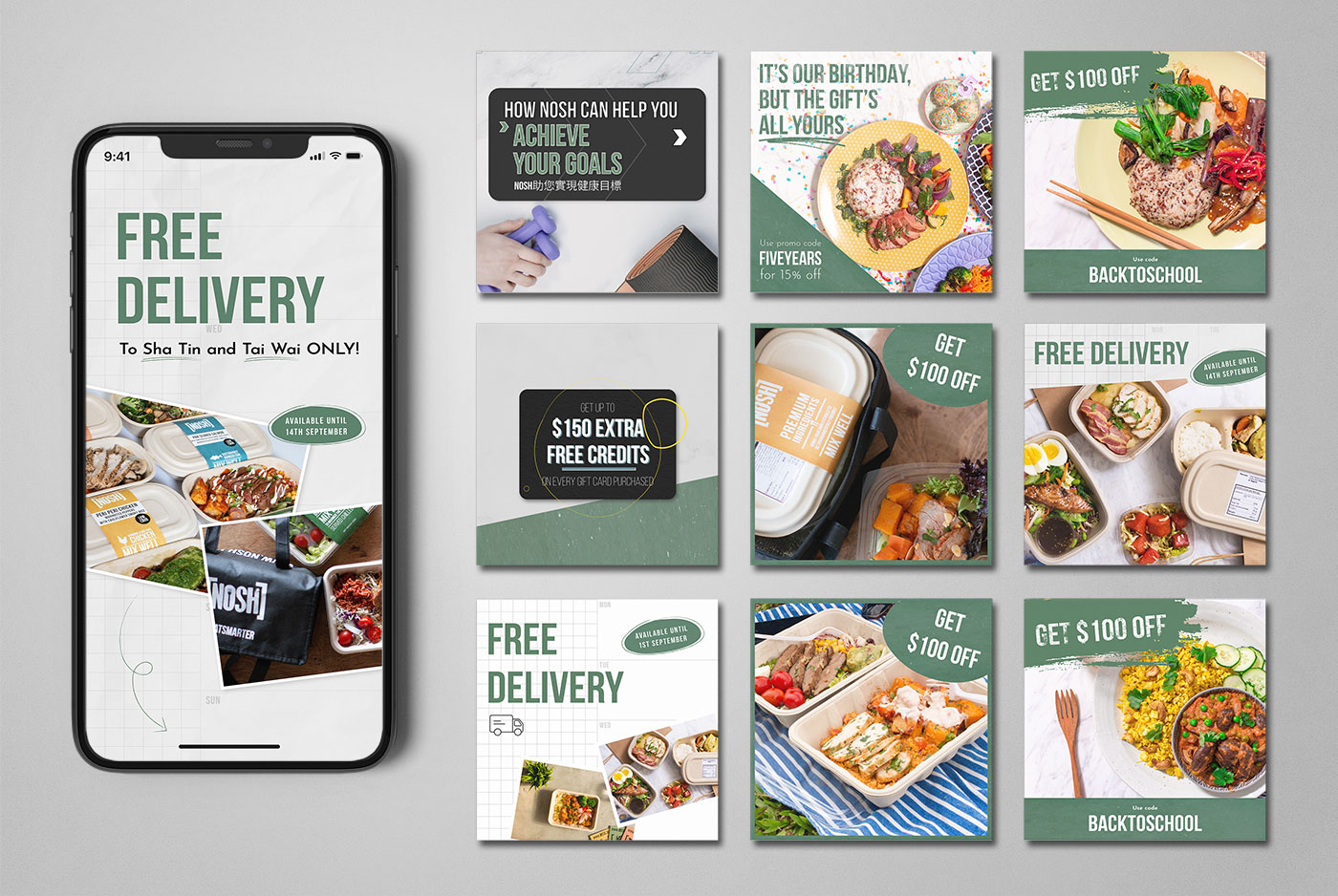 Rossignol - Ski culture in all its glory. Lululemon - From 10 traditions to 10 ways of practice.